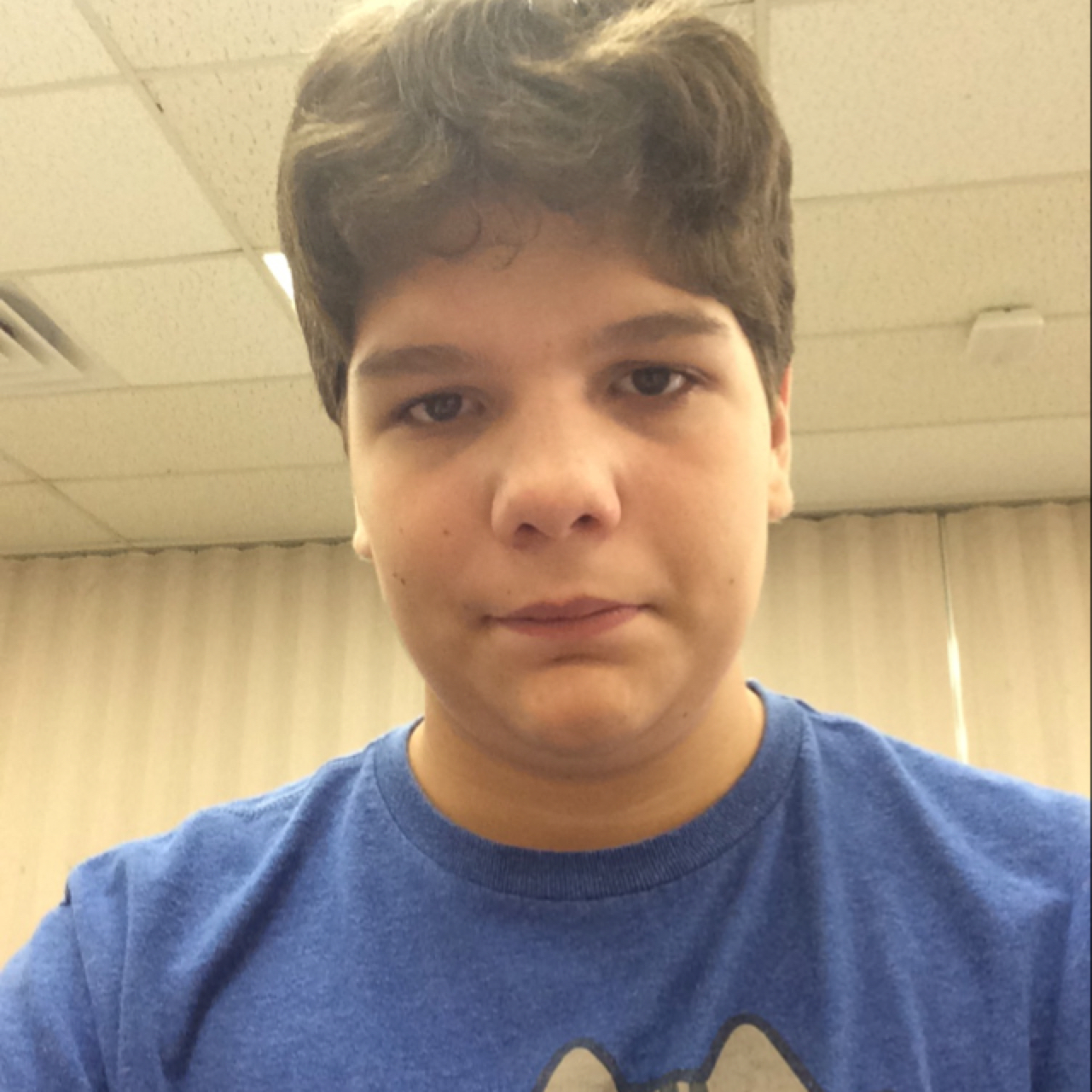 Nick is a student and FFA member at Trenton High School, located in Grundy County, MO.  Nick was researching Missouri’s AgrAbility program that is offered through the Missouri Extension and heard of my story.  He contacted me to hear a personal testimony to use for his FFA Speech this past Spring.  He worked and researched and this is his speech in writing:

Carey loves to feed her cows. There was a time when feeding the cows was just part of a day’s work and wasn’t something she put much thought into. It was just one of the chores. But Carey doesn’t take feeding the cows for granted anymore. In fact, she looks forward to it and she is thankful for the opportunity. You see, Carey has some serious disabilities. The kind of disabilities that could easily keep her from doing what she loves, farming and ranching. She knows how fortunate she is to be able to farm, to check cows, feed grain, and even help harvest hay. Thankfully for Carey, a short conversation with a University of Missouri extension rep at a Women in Ag conference in 2014 led her to make a phone call to the Missouri AgrAbility project.  As Carey puts it, “That was the best call I could have made for myself.” (Portell, 2016).

On December 29th, 2010, Carey Portell and her two children were in a serious car accident caused by a drunk driver. Luckily, Carey’s children weren’t seriously injured, but the same could not be said for her. Among various injuries, the worst were her broken pelvis and nearly shattered ankles. She spent the next four years in recovery, with eleven surgeries to help get her back on her feet. Obviously, it wasn’t easy. The slow and painful recovery took a toll on her, physically and mentally. As she got better, she thought more and more about how she could help out on the family’s 120 head cow-calf farm, near St. James, Missouri. She believed there was a way she could contribute. After meeting with officials from the Missouri AgrAbility project, Carey’s dream to continue working on the farm in a meaningful way became a reality.

There is good chance that right about now you are asking yourself, “What exactly is this AgrAbility project”? That’s a fair question, because many people, even those of us involved in the ag industry, haven’t heard of this program. In short, the Missouri AgrAbility project “is about creating success in agriculture, employment, and rural life for people with disabilities and their families” (University of Missouri, 2018). The AgrAbility project establishes a collaborative effort between the Cooperative Extension Service at a land-grant university with nonprofit disability organizations to provide education, assistance and training to help farmers, ranchers, and rural Americans continue their independence (University of Missouri, 2017).  The program identifies a disability as “a physical or mental impairment that substantially limits major life activities” (National AgrAbility Project, 2018) The AgrAbility project helps farmers with a wide range of disabilities; things like arthritis, blindness, back pain, heart conditions and much more. The beauty of the AgrAbility project is that it can reach people anywhere through its grassroots structure. Many states across the nation have similar projects, all of which are overseen by the USDA National Institute of Food and Agriculture (National AgrAbility Project, 2018).

The phone call Carey made to the Missouri AgrAbility project came at the perfect time. Carey was ready to become more involved on the farm; helping the family cattle operation gave her purpose and motivation. Shortly after making contact with the Missouri AgrAbility project, representatives of the program visited her farm to observe her everyday chores and began an assessment of ways the AgrAbility project could help her. These specialists showed Carey safer ways to complete her chores on the farm. They showed her how to position herself when feeding cattle, where to park the truck to keep cattle from coming towards her from both sides, and even discussed ways to roll under the truck to avoid being trampled if she was to fall down (Geist, 2015). Carey was able to care for the family’s cattle again, but she had to learn to manage in a new way.

The next step for many people involved in the AgrAbility project is to update equipment which allows them to operate more safely. Typically, AgrAbility staff will help connect farmers and ranchers with a local Vocational Rehabilitation program for equipment and other services (Geist, 2015). That equipment could range from easy-to-handle gate latches, lifts on tractors or combines to make entering the cab easier, and even motorized wheelchairs. If a farmer or rancher qualifies for financial assistance through the AgrAbility project, all the necessary paperwork must be filed with the local Vocational Rehabilitation program and with the AgrAbility staff. Though the AgrAbility project does not fund equipment directly, they help set you up with programs that do provide funding for disability assistance (University of Missouri, 2018). Once qualified, the purchase of equipment will be arranged and sent directly to the individual.

In Carey’s case, she was able to receive a Polaris Ranger UTV, or as she calls it, her “little masterpiece” (Portell, 2016). Her little masterpiece comes with a grain feeder in the bed to help her feed and care for her cattle. This UTV is a game changer. Carey never has to exit the UTV while feeding her cattle, doesn’t run the risk of getting bumped by cows, and doesn’t have to worry about tripping or falling due to rough terrain. All Carey does is pull up along the bunk, hit the switch for the grain feeder, and drive down the bunks. Before receiving assistance from the AgrAbility project, Carey tried lifting buckets and bags of feed, but she often fell or couldn’t keep cattle out of her way. The AgrAbility Project found a better way; a way that lets Carey continue to do what she loves.

Sadly, Carey is not alone in our industry. It is estimated that between 1.1 and 2.2 million individuals in the US agricultural population are living with a disability that affects their daily living (University of Missouri, 2018). That’s a staggering figure. But out of those nearly 2 million, only about 200,000 are enrolled in a state or national AgrAbility program (USDA/NIFA, 2015). That means there are a lot of farmers, ranchers, and folks living in rural areas that are missing out on education, training, and resources that could help improve their situation. Sure, maybe there are some that aren’t interested in getting involved, but I would bet that many of them have no idea this program exists, just like Carey. The best part is that there are other success stories from all across the US that we can be sharing to bring this life-saving program into the spotlight.

I have seen firsthand how debilitating a disability can be. Nearly two years ago, my mom’s life was flipped completely upside down. She had made the choice to get a lumbar fusion, which is a spinal surgery that joins two or more vertebrae together. Doctors had told my mom that this was the best possible option to fix her back issues, and to this date, almost two years later, she hasn’t felt the slightest bit better. In fact, she may have gotten worse. This intense surgery that we hoped would help my mom get back to a normal life has glued her to a chair, and she may never be able to do the job she loves again. Unfortunately my mother does not qualify for AgrAbility, as she is a nurse for the elderly, but amazing programs like AgrAbility give us hope. AgrAbility gave Carey hope. AgrAbility gives over 200,000 Americans in agriculture the opportunity to continue a life they love, pursuing a passion that can never be crushed. That is AgrAbility…it’s about hope.

****He attended the Missouri State FFA Convention where I was able to give my presentation, but unfortunately we did not meet. Later he wrote a beautiful note to me:

Carey,Among the almost 10,000 FFA members out of the entire state convention, I was your biggest fan. Unfortunately I missed your workshop, and we didn’t get a chance to meet, but who knows! Maybe we will cross paths once again. I loved your speech. Once again your inspiring story left me teary eyed; it felt as if I had known you forever. Your quotes about finding purpose Spoke to me as a junior in high school, and inspired me to stay motivated. Hearing you at convention brought me back to the reason I wanted to use your story. To bring you up to speed, I was an alternate with my AgrAbility speech at the district level, but got to attend state to be a media consultant. Learning about you became my life for over 3 months, and I would love to share what I had created with you. I don’t have a digital copy to send currently, but will get it to you around Monday. Carey, you were the backbone of my speech, as well as one of the many strong backbones involved in the agrability project. Thank you; it truly has been an honor.Your friend,Nick Velazquez

Since we have last spoken, Nick’s words and passion have spoken to someone close to him, to make a change in their life.

Some people ask How I can speak about my recovery, this is just one of the many reasons.   Something good, something positive, is always in the midst of something awful IF you choose to allow it.

Portell, Carey. “How AgrAbility & Vocational Rehab Keep Me Safe While Working on the Farm.” Stronger than Yesterday, Blogspot, 18 Apr. 2016, careyportell.blogspot.com/2016/04/how-agrability-vocational-rehab-keep-me.html.