Recently completing a fifth surgery on my right ankle, I was in a lower leg cast and non weight bearing.  I want you to know that before I begin this story.

Three weeks ago on a Sunday morning my husband says something as he closes our bedroom door.  I said something back which was met with a “What?” from my husband, I retorted with a confused, “What?”  “Are you awake?” he asked with a laugh.

He leans lower so I can make out his facial features through my groggy eyes and softly inquires, ” Can you give me a haircut?” “What?!” If my eyes weren’t already rolled to the back of my head I would have swiftly rolled them towards the back of my skull.

You see I wasn’t finished defending my family from the bad people in my dream and I was right in the middle of a kick ass scene and my heartbeat had not settled.  I wanted finish it, I had the upper hand!  But it was not to be, it was time to give my husband a hair cut.

He had not had one in over six weeks, that is a big deal to a man.  Also let me preface this by saying that I am not a beautician.  I have not been trained except by You Tube and watching my own stylist, but my husband and son like the convenience and obviously have no regard for the quality of their hair cut.

Getting dressed, crutching it to the kitchen, I see my husband has everything I need set up and says he’ll swivel in his chair as I work around his head so I don’t have to put weight on my leg.

Giving my head a shake to clear the rest of my fog I attach the guard on our clippers and take two swipes up the left side of his head.  Pause.  I take another two swipes and my husband hears, ” Somethings not right. ”  Pause.  “This seems awfully short.  Maybe it’s just been a while and it looks short since I’m not used to your hair being grown out.”  I see two bushy eyebrows raise as the clippers get stuck on the next swipe.  He doesn’t care about short because that means he can go a bit longer without a hair cut, but then I tell him that it’s not just short but pretty close to bald.

A small uneasy smirk comes to his face.  He cannot see himself and I put on a calm exterior as I try to figure out what my next move is when I decide to recheck my guard length.  “Ohhhhhh sheeeet Hon.  I think I put on the mustache guard instead of the hair guard!  Maybe you should go look in the mirror.”

“No just finish it.  It will be okay he says with fake confidence.”  As I choose my next step and try to make the best of a bad situation, I finally have to admonish, ” I don’t know if I can fix this,” I say in a small voice.  My husband, oh my husband, what a gem he was during this experience.  His eyes close, his lips spread across his face and he asks humorously, “Woman, are you awake yet?”  Oh Lord, wait until he views himself in the mirror, I thought.

Have you heard the term ‘High and Tight’?  This was just a little tighter than that.  As my husband returns from our bathroom mirror, he’s rubbing his hand all over his head, eyes wide, but smiling a big teeth smile.  “This is the worst hair cut I’ve ever had!”   He also stated that he had to make two very important presentations that week and could not imagine the jabs he was going to receive when he returned to the office.

We both decided that neither of us wanted a photo to remember this atrocity, but luckily my man’s hair grows super fast and two weeks later you can at least see some growth on his temples.  My husband now says he will 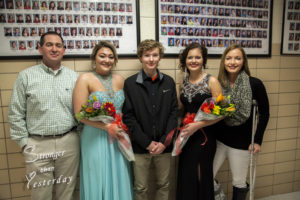 in this lifetime wake his wife from a dead sleep for a hair cut again!